Now that BiteyCastle lives here on ArtStation and the BCAFX Course is out in the wild, I'll spend the coming weeks moving all of my site content over to this blog. Over the years I had to learn a lot about running and maintaining my own site and dealing with the accumulating costs of keeping it secure and compliant, but I certainly won't miss any of that now (although SSH is kinda fun).

The previous site was WordPress installed on an AWS cloud instance running a membership plugin called WishList Member (and other essential usability and security plugins). While WordPress provided everything I needed for many years, its popularity as a platform makes spam and malicious attacks seemingly inherent. It was a constant battle of mitigating against disaster and loss; like being barricaded in a house while outside there are zombies, vampires and clowns clawing at the windows, doors, floors, ceiling, walls, chimneys... you are constantly and anxiously hoping those defenses hold. If something breaks through, you gotta stop what you're doing (or get out of bed) to kill it and plug the gap. Alternatively you can pay some expert to do it because you have other work to do, and a life to live.

For some years now, the site has been costing more money than the course could make. So I made the decision to just.. NOT sysadmin my own site any more. I can't see the justification for it these days. Sites like ArtStation and Gumroad allow you to register and host your domain with them with free SSL. It's why bitey.com, biteycastle.com and 2dfx.academy now resolve to here.

From my backups of the site content, I started reworking the course content into a local format. I organised it into individual "Levels" and made the HTML and CSS for the lesson pages and navigation. For a while I struggled with the decision of whether to embed hosted video in the pages (so as not to allow downloads), or just make everything public and say farewell to it. So I chose the latter, knowing that this content needs to be more accessible anyway, for all animators. The response has been great and I'm geniunely humbled by the donations I've received so far. If you donated and/or paid for the course, thank you ♥

The BCAFX Course is out there now, so I'll embed my art, movies, work portfolio and stories here, as well as the Sarus stuff and future Brackenwood news. Thanks for sticking around!

As I sit here refreshing the browser, waiting for the domain name to propagate, I have finally finished moving the FX course to individual ArtStation pages. If you're a previous member of my FX course and would like early access to your content as it now exists here on ArtStation, please send me a DM on Discord requesting links and passwords for the months you've paid. Hopefully you can identify any issues so far and I can add them to my to-do list.

This access to individual lessons is a temporary early access measure. Very soon, course access will be more painless. Existing members and new customers will receive complete downloadable Levels (formerly called Months). But for now in this early testing phase, there's a password for each lesson page. It's a bit tedious but at least you can visit your lessons, watch the videos, etc.

You have indeed arrived at BiteyCastle, the home of Brackenwood, Bitey and Adam Phillips' BCA 2DFX Course.

The previous website was undergoing constant maintenance and it was becoming more difficult to justify the ongoing costs, downtime and spam control. Going forward, you'll find all of my work here, including animation, art, work history and regular updates. Restoring BiteyCastle in this format will be an ongoing effort for the foreseeable future, so please bear with me and feel free to comment, request updates or suggest features!

Thanks for checking up on me! 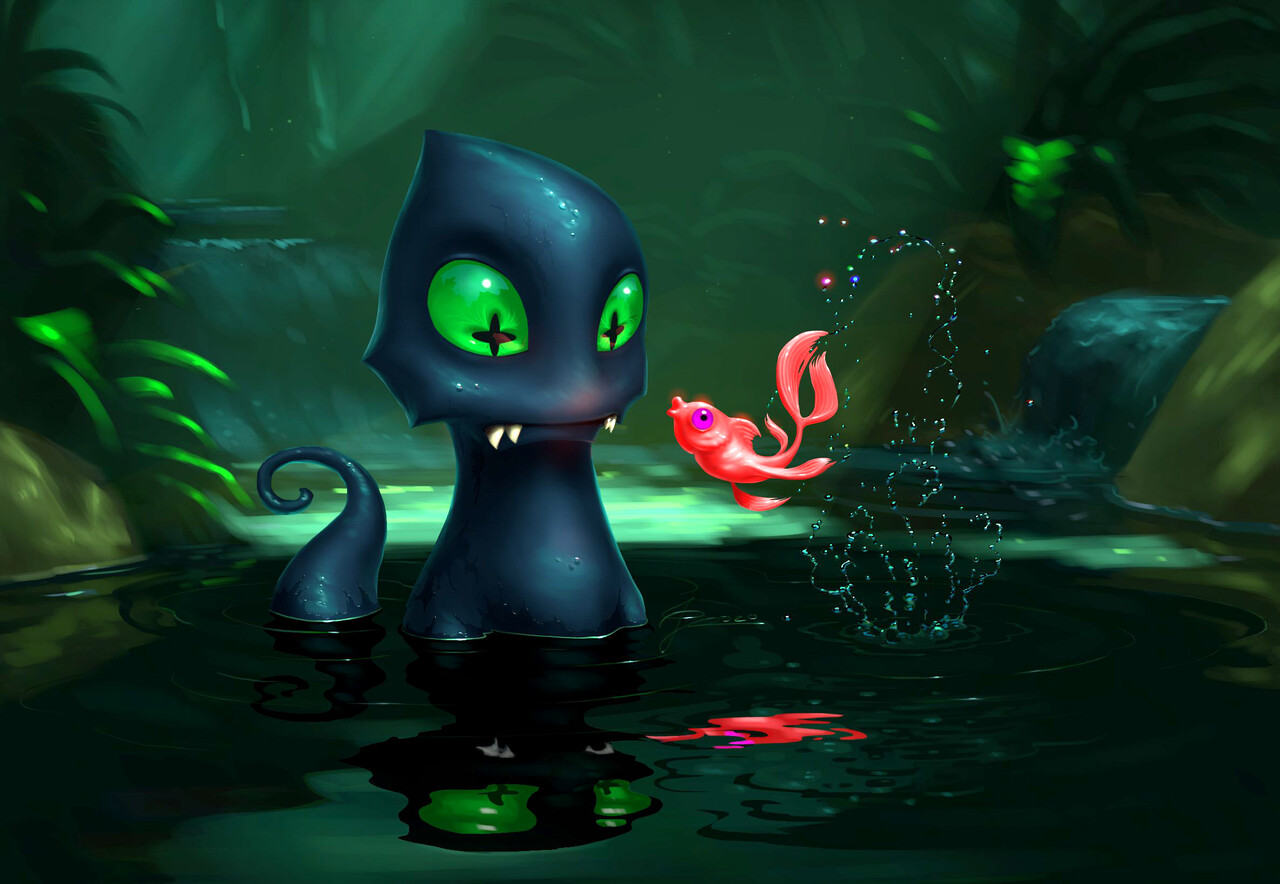 This image was created in Black Ink; it's a node-based digital paint program.