If you follow me on Newgrounds and social media, you might have seen that Brackenwood is making a return this year. After the cancellation of the Dashkin game and me being promoted at work, Bitey seemed to have no future. In years past, he was so real in my head that I could even have stupid conversations with him. But early last year while looking at some old sketches, I realised that I didn’t really know him anymore. At one depressing point I even contemplated making a very short farewell movie, complete with a very final ending.

With the teaser illustrations over the past few months, I was gauging reaction and making up my mind whether or not to pick up from where The Last of the Dashkin left off. The general reaction to the illustrations was better than I expected and great motivation for me, so on Friday March 18 I launched the Patreon campaign. Its immediate success showed me just how many people miss Bitey and are willing to support new Brackenwood works.

While “The Last of the Dashkin 2” is the current active project, it will take time. But I’ll be releasing new stuff in the meantime. They’ll be short Brackenwood stories that may or may not tie into the greater story of the world.

To reward them for their support, most work-in-progress stuff will only be available to my patrons (along with their other rewards, like posters and collector cards). Actual Brackenwood shorts will be released on Newgrounds first, then here on my website.

Thanks for sticking with me, whether it’s here, or on Patreon, Newgrounds, Twitter, Facebook, YouTube, the BCA FX course or you’re just spreading the word about my work, your support means more than I can type. To anyone just popping in to see if there’s anything new at BiteyCastle this year, HEY WELCOME BACK! YOU’LL NEVER GUESS WHAT’S HAPPENING!! 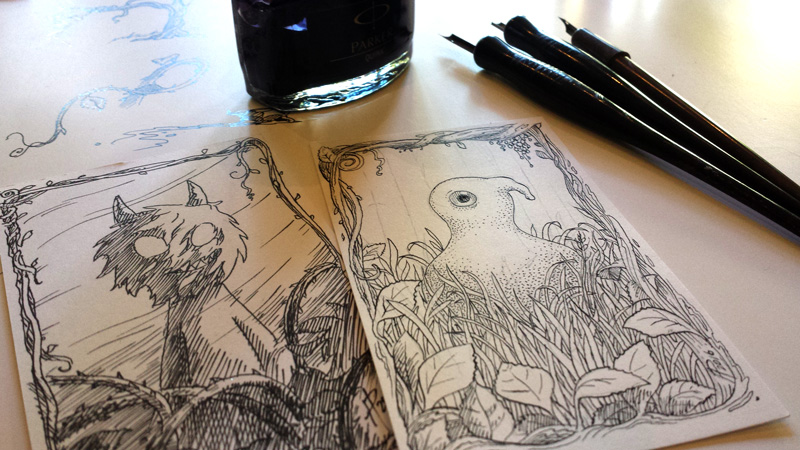