Due to a severe clash of personalities and wildly divergent goals and priorities for Brackenwood, the working relationship deteriorated beyond repair and I made the decision to end the Dashkin project on Oct 24, 2018.

At its heart, Brackenwood is the story of the last of his kind; a lone dashkin exploring an empty world. Over time, the Dashkin game had become something I never liked and the fans never wanted: a multiplayer football brawler (I know… me too.) This happened gradually at first. I was led to believe the multiplayer was more of a mini game, and that the single player story-driven platformer would be the main game.

One night after a particularly heated email exchange, it became clear to me that the promise of a single player, story-driven game was about to be broken. Story has always been my ultimate goal and Brackenwood has never been about making money. Going through with that Steam launch would have shackled the team together for at least another year, but worse, devastated the Brackenwood story that the fans adore.

In terms of art, it’s been an extremely productive 661 days. To those who joined me on the journey by watching the streams, cheering me on and waiting for more story, I thank you for the past 22 months of love and enthusiasm and hope you’ll join me on the next project.

Almost every live stream, someone mentions how much they loved Brackenwood and ask if there’ll be more Bitey stories when the game is finished. Well I have some very good news.

The game assets have been split and I will be taking the art and animation back to my own Brackenwood projects, beginning with a Prowlies wildlife documentary. Below is a screenshot of work from the past few live Twitch streams. Drop in and watch the progress as I embark on a new animated short in Unreal Engine, combining 2D animation with lush 3D environments. 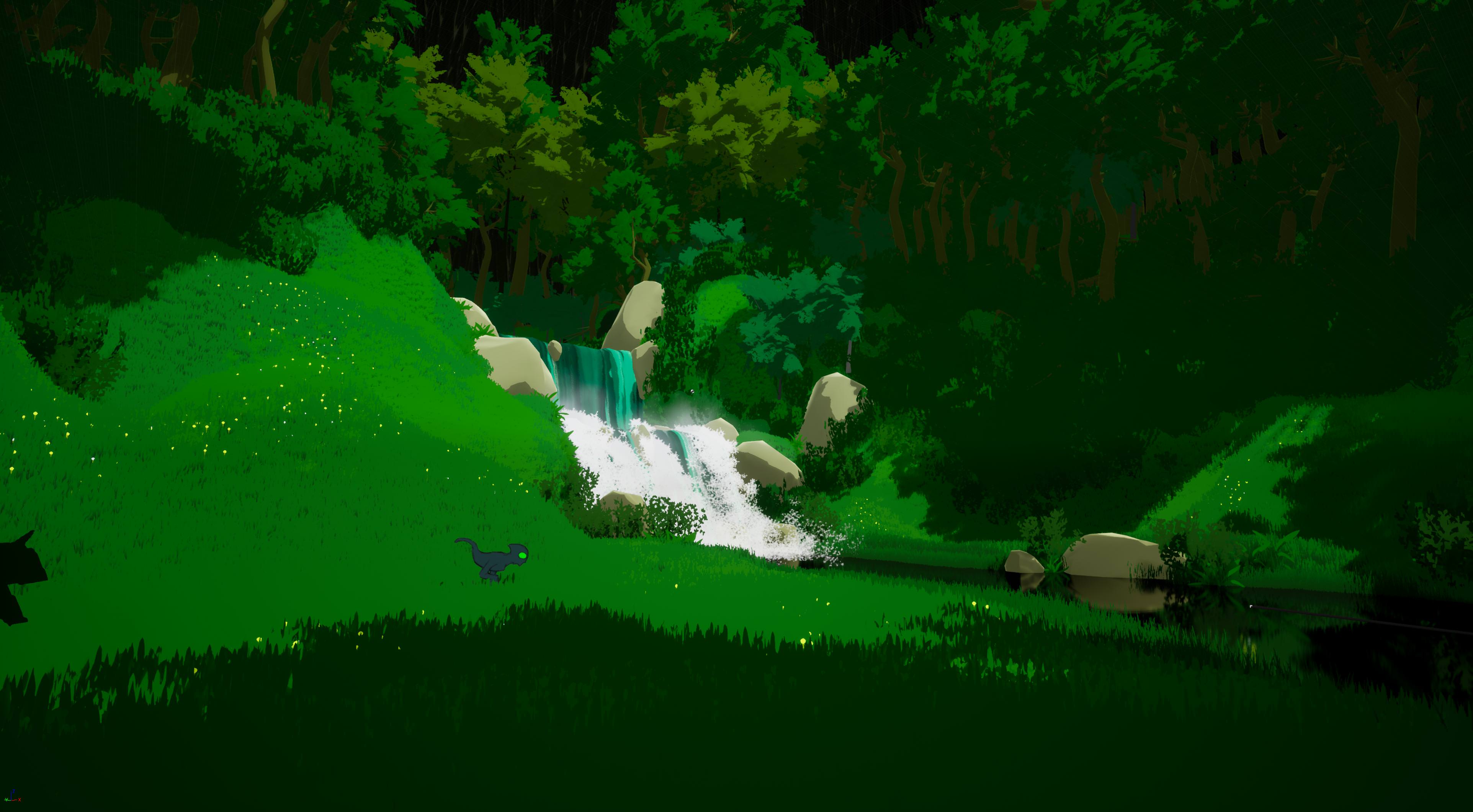 In game development, it’s necessary to optimise everything for performance on low spec hardware. In other words, to have the most people enjoying your game, it needs to look good and run smoothly on the world’s worst computers.

The great thing about making a movie in Unreal Engine 4 is that it only needs to run smoothly on my own machine. I can go absolutely crazy with materials, lighting, foliage, particles and reflection. The above scene mostly uses optimised assets, but particle numbers, shadow resolution and density of geometry are far higher than it would be in a game.

The main challenge from here will be adding the 2D animation for characters. As you can see, the 2D prowlie in the grass (animated in Toon Boom Harmony 16) fits the scene very nicely. This will be my focus from here on. Join me on Twitch!

12 Responses to “Game Over”